The Supreme Court of the United States recently issued it’s 8-1 decision in the case of Ransom v. FIA Card Services. The question before the Court was whether an above-median debtor in a Chapter 13 case should be allowed to take a $471.00 vehicle ownership deduction on form B22C when calculating his disposable income. The B22C, also known as the Means Test, is one of the determining factors in how much money must be paid for the benefit of general unsecured creditors (think credit cards, payday loans, etc). The specific issue up for consideration was whether a debtor should be able to take a vehicle ownership expense when the car is owned free and clear, meaning there is no lien against it.

The circuits have been split on this issue. Here in the 8th circuit, we have been following the decision handed down in the Washburn case, which held that a debtor can take a vehicle ownership expense even when the vehicle is owned free and clear. That decision was a huge win for above-median debtors in this jurisdiction. However, the Supreme Court’s decision has reversed that line of cases by stating that the deduction is not available to debtor’s who do not have ownership expenses.

What actual effect does this have on St. Louis debtors? In layman’s terms, this means that a person filing bankruptcy under Chapter 13 cannot reduce his payments to unsecured creditors by claiming “ownership costs” for a car on which he owes no money. If you are an above-median debtor with a vehicle that is paid off, meaning there is no lien against it, you just lost out on a $496.00 per month deduction. Over a five year Chapter 13 bankruptcy, that amounts to $29,760.00. Without this deduction, many debtors who might have been able to discharge their unsecured debts will now have to pay back a percentage of that debt.

For obvious reasons, this is a very controversial decisions, which has bankruptcy attorneys across the nation shaking their heads in disbelief. Anyone with common sense knows that loan and lease payments are not the only expenses associated with owning a vehicle. What about the cost of general maintenance, insurance, and gas? Unfortunately, the Justices of the most powerful Court in the land seem to be out of touch with the day to day realities of the average debtor. 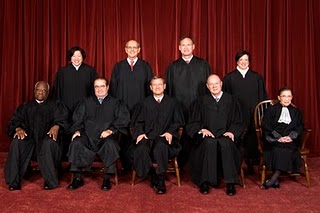 Despite the Ransom ruling, St. Louis debtors should be undeterred from choosing a Chapter 13 bankruptcy. Chapter 13 is still a great option for many local debtors as long as they have the assistance of an experienced St. Louis bankruptcy attorney. An experienced bankruptcy attorney will be able to maneuver through the pitfalls of the Ransom case to ensure you do not end up paying back more than absolutely necessary.